Apple has been a notorious gamechanger for smartphone users all over the world since its launch in 1976. Whether we are talking about the inclusion of professional cameras in the iPhone design or ample storage space, Apple has done it all. While several critics are adamant in unabashedly pointing out the flaws in their designs, it’s safe to say that once people set their hands on an iPhone, it becomes annoyingly difficult to go back to using an Android smartphone.

It’s only natural that the conversation around the new iPhone 13 is exciting for Apple enthusiasts. There are several rumors about the new iPhone 13, which may also be called iPhone 12S, a move that Apple has been known for with its previous smartphones.

Apple launches a new iPhone every September, followed by several similar additions to their smartphone family. While it’s still too early to say anything about the launch for 2021, we’ve already started hearing rumors surrounding its price, specifications like camera upgrades, the infamous notch, etc.

If you’re curious about the new iPhone 13 leaks and want to upgrade your iPhone this year, then you’re in the right place. Let’s dive right in.

The Apple iPhone 13 is suspected of having a new design and an early release date. Along with a series of seemingly exceptional upgrades to the iPhone, this looks like a piece of good news for people who look forward to new iPhones every year.

As reported by the well-known Taiwanese site Digitimes, Apple’s chip partner TSMC is set to begin producing new iPhone chips way ahead of schedule than their regular calendar. Initially, the leak mentioned that the manufacturing process for the A15 set of chips would begin by the end of May.

However, recent leaks suggest that TMSC will be shipping iPhone 13’s A15 chipset in a large volume. This means that the production calendar for the iPhone 13 is going to look much different from the iPhone 12 production.

These trends are drastically different from the recent rumors we have heard about the launch of the new iPhone 13. If we look at the new production timeline of the new iPhone 13, it certainly falls in line with the iPhone 11, which had hit the shops in September 2019.

The iPhone 12 Mini is soon set to be replaced with the iPhone 13 in terms of the wide range of new specifications added to it. This puts forth a critical decision for iPhone 12 owners. That is, whether they should get the latest iPhone 12 Mini to upgrade their smartphone or wait five months for the iPhone13, which is rumored to have phenomenal upgrades. 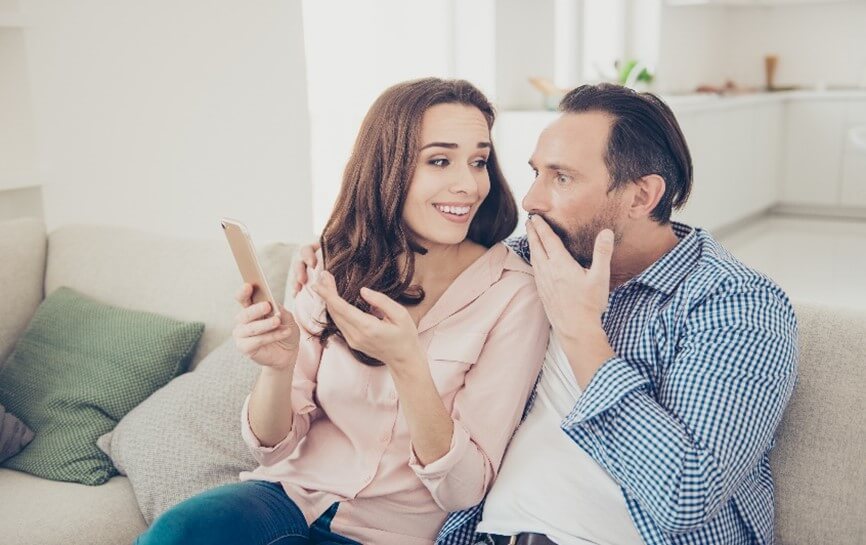 At a glance, the rumored upgrades for the 2021 iPhone lineup are a smaller notch, ProMotion display, upgraded 5G, MagSafe 2.0, longer battery life, a better camera, and an extra year of iOS support.

The popular YouTuber Filip Koroy was seen teaming up with the leaker Max Weinbach about several upgrade leaks in a new video. They were also hinting that these leaks are not just rumored but also ‘confirmed’. Let’s have a look at the suspected upgrades to the iPhone 13, and whether it’s worth waiting for.

Filip, aka owner of the YouTube channel EverythingApplePro, and Max confirm that the iPhone Pro 13 will be available in a more “refined” matte black. Furthermore, they talked about the fact that it will have a better grip that would be more comfortable to use. However, Max warns that the look of the iPhone 13 will not be much different from the iPhone 12, so it will look pretty much the same.

The 2021 cycle is supposed to include ProMotion Display. A 120Hz display means a higher refresh rate, a much-awaited feature for all iPhone users. To make this possible, Apple would need to adopt LTPO OLED display technology which was a hit with Samsung’s new Galaxy S21 lineup.

OLED displays suggest the possibility of a 120Hz refresh rate. Notably, LTPO is known to provide users with a relatively more power-efficient backplane. This implies that the individual displays will turn on and off, ensuring that the users have a better battery life than any previous iPhone models.

It’s rumored that at least two of the 2021 iPhone models will be using the LTPO display technology. These two models are expected to be the Pro models of 2021. Furthermore, these Pro models might be using ProMotion technology. As far as the OLED display is concerned, Samsung will supply Apple with the tech needed to implement this feature.

Max Weinbach also claimed that the iPhone 13 models would feature an Always-on display. This means that the iPhone 13 screens will display notifications without having the screen light up entirely. Furthermore, the display is said to look like a dark screen displaying the lock screen and battery charge level.

According to Bloomberg, Apple is rumored to include an in-screen fingerprint sensor. This would add to the number of ways users can unlock their iPhones. Some other ways of unlocking the iPhones are facial recognition and entering a personalized passcode. These will be present in the new iPhones, along with an in-display fingerprint sensor.

The Wall Street Journal made similar claims about suspected new features for the iPhone 13 models in their article. Furthermore, several leaks have suggested that Apple could be looking at ultrasonic technology used by Qualcomm. Ultrasonic technology uses sound waves to capture the fingerprint instead of optical technology, which is much less secure.

The incorporation of an in-display fingerprint sensor gives users a new way to unlock their phone, in addition to the face recognition method. This is especially beneficial at this point because the Coronavirus pandemic has deemed it compulsory for people to wear masks while outside. It has proven difficult for the iPhones to unlock when the users are wearing masks, so needless to say, this is good news.

According to TrendForce, a Taiwanese research firm, Apple will use TSMC’s next-generation 5nm process to produce its A-15 chipsets. These chips are certain to be used in the 2021 line of Apple iPhones. As per TSMC, these chips will provide users with a new and more efficient smartphone performance.

With such advancements in the construction of their iPhones, Apple might just end up making a trendsetting change in the course of smartphones for the next decade. This implies record-breaking performance by the new iPhones, especially in terms of battery life. This would tip the scales in favor of Apple’s iPhones since they are infamous for having short battery lives.

In February 2020, Qualcomm introduced the new Snapdragon X60, which features “the world’s most advanced 5G modem-RF system. The same technology will be used in the latest Apple iPhones. Future iPhones are rumored to use Qualcomm X65 and X70 modem chips.

The iPhone 12 models use X55 chips, which are not as power-efficient as the 5-nanometer process used the X60. The application of the 5G modem-RF system in the new iPhones indicates a more power-efficient performance. Rumors suggest that the 2021 line of iPhones will come with single 5G band support, which works with mmWave or sub-6GHz, but not both.

This may be an intelligent decision on Apple’s part because it will save them a ton of money because some countries do not have 5G networks yet. Apple has been rumored to cutting costs of the production of their iPhones this year. This time, to fit in the 5G technology, Apple is looking at a soft battery board, dropping production costs at least 30 to 40 percent compared with the iPhone 12 price.

As reported by MacRumors, Barclays analysts believe that the new iPhone 13 will support Wifi 6E. With Wifi 6E, users can expect relatively lower latency, faster data rates, better performance, along with the high-performance bandwidth of 2.4 and 5GHz Wifi bands.

Among the numerous rumors about the new iPhone 13, all iPhone users are counting on having larger batteries. Hopefully, this will improve the iPhone’s battery life and overall performance as there have been several reports of poor battery performance by dedicated iPhone users.

Furthermore, Apple is looking at new and innovative designs that help them save space and add as much as possible in a smaller design. For example, they are accommodating the SIM slot with the mainboard. Plus, they might be decreasing the front optic module thickness so that there is more space for a bigger battery.

As we mentioned earlier, the A15 chips will considerably improve the overall performance of the new iPhone. For iPhone 13 Pro models, the A15 chipsets will throw off the power consumption by 15-20 percent. This will further accommodate high-refresh-rate displays, which is an essential update to the old iPhones.

According to a Twitter update by the Apple leaker Jon Presser, Apple is all set to incorporate their iPhone 13 with 1-TB storage. Later, he released a video where he again insinuates the possibility of 1-TB storage for users looking forward to upgrading to a new iPhone in 2021.

The maximum amount of storage provided by Apple has been 512 GB in the iPhone 12 models. However, please note that this rumor has not been confirmed yet. Only the launch of the iPhone 13 models will confirm whether they will have a storage capacity as large as 1-TB.

Since day 1, Apple has been proudly supplying its users with a better camera experience than most smartphones in the market. Or at least that was the case until more players in the industry started toying with the idea of professional and AI-integrated cameras in smartphones, so much so that it became a standard feature.

The ultra-wide camera will be paired with a six-element lens. The lens will feature an enhanced aperture rate of f/1.8 that will allow more light compared with the current aperture rate of f/2.4 in the iPhone 12 models. As far as the camera design is concerned, the rear camera might expand in size by 0.9mm.

According to Weinbach, the camera module won’t protrude as much out of the iPhone design, but it won’t be completely flat. Similarly, the camera system’s thickness will change. It will be reduced along with the immediate run-up to the camera module.

Weinbach also suggested that the portrait mode on the new iPhone 13 models, both pro and standard, will be improved with the addition of LiDAR scanners. Furthermore, the leak with Koroy hinted that Apple might introduce a new image-stabilization function that will autofocus on a moving object while recording a video. However, please remember that this is also just a rumor, and nothing has been confirmed yet.

LiDAR scanners are supposed to measure the distance of the light and pixel depth of objects. This will scan the area in a landscape for up to five meters, allowing for a better and more realistic augmented reality experience. Plus, it will improve autofocus in low light conditions. If the new line of iPhones in 2021 has this feature, it will considerably enhance the company’s game in the industry.

Due to the global pandemic caused by the Coronavirus, Apple’s usual September launch timeline had shifted to October. This happened because of the worldwide lockdown, leading to production delays.

As we noted above, TMSC will begin producing A15 chips for Apple by the end of May. This, without a doubt, will lead Apple back on track with the launch of their new iPhone 13 models in September. Are you excited about the new iPhone 13 Pro and Standard models? With the impressive list of suspected upgrades, we can’t wait for their September launch.