T-Mobile is making a huge push at the competition by launching the new Magenta MAX. Long overdue for a change, T-Mobile’s top premium unlimited plan was their Magenta Plus. Offering customers 20GBs of hotspot data and HD streaming with Netflix. At the time, their Magenta and Magenta Plus plans offered their customer’s priority data on the network. Only throttling the Essential plan during times of congestion. With the launch of Magenta MAX, T-Mobile restructured their plans to fall in line similarly with Verizon and AT&T, but with slightly better features. 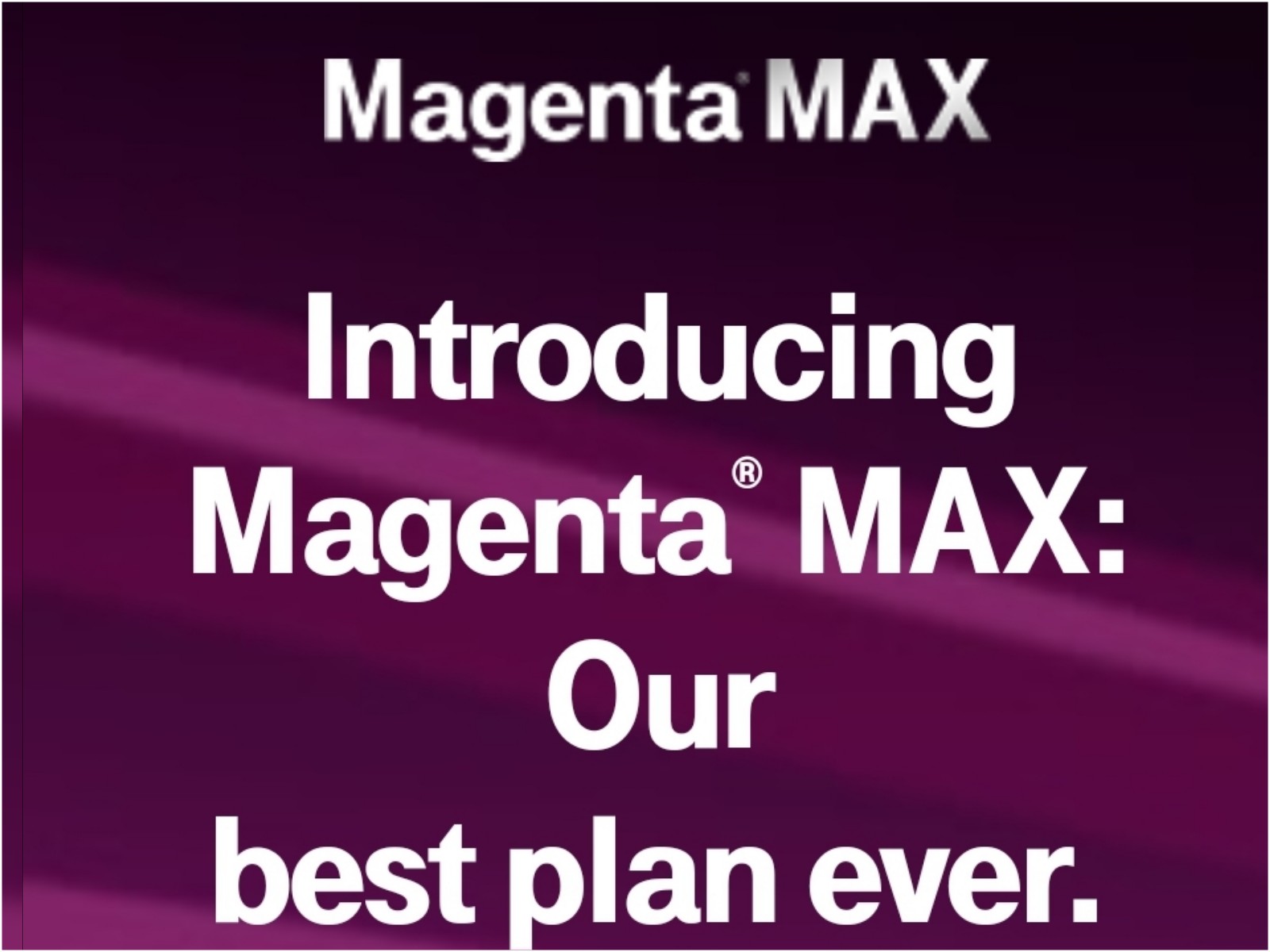 But T-Mobile did make some suttle changes to their Essential and Magenta plans as well. Because of the marketing opportunity T-Mobile has, to flaunt their premium feature of never throttling Magenta MAX users. They set priority limits on their other plans. Now T-Mobile’s Essential plan offers priority data up to 50GBs but will throttle in times of congestions. Prior to Magenta MAX, the Essential plan never offered their user priority data and would be the first to throttle down. T-Mobile’s Magenta plan now offers their customers 100GBs of priority data, whereas before they did not have a priority cap.

Magenta Plus  VS  Magenta MAX

While both plans were and are T-Mobile’s flagship unlimited plans, there are some differences. Nothing to really consider here, T-Mobile’s Magenta MAX plan is a beefed-up version of Magenta Plus. With the prices being the same, the switch is a real no brainer.

This has always been the feature that separates T-Mobile form their competitors. John Legrere the former CEO of T-Mobile believed in innovation. Not just with technology, but with the way phone carriers did business. He believed that what you see, should be what you get. With that in mind, T-Mobile structured their Magenta and new Magenta MAX plan to have all taxes and fees included. So, there would be no hidden cost to you.

T-Mobile’s Magenta Max starts at $85 for a single line, compared to Verizon’s $90 Do More and AT&T’s $85 Elite unlimited plans. All three plans are structured to give you the most each carrier has to offer. But with taxes and fees included, that makes T-Mobile 12% – 15% cheaper. Taxes and sur-charges vary from state to state. With Verizon and AT&T you can expect to pay almost $15 more a month for their plans.

At the end of the day, T-Mobile launched a plan that is updated and offers more features to their customers. If you currently have Magenta Plus. Call or go into a store and switch your phone plan over to the new Magenta Max. T-Mobile has always been a strong carrier in the metropolitan areas and is growing to have a stronger presence in the rural communities.